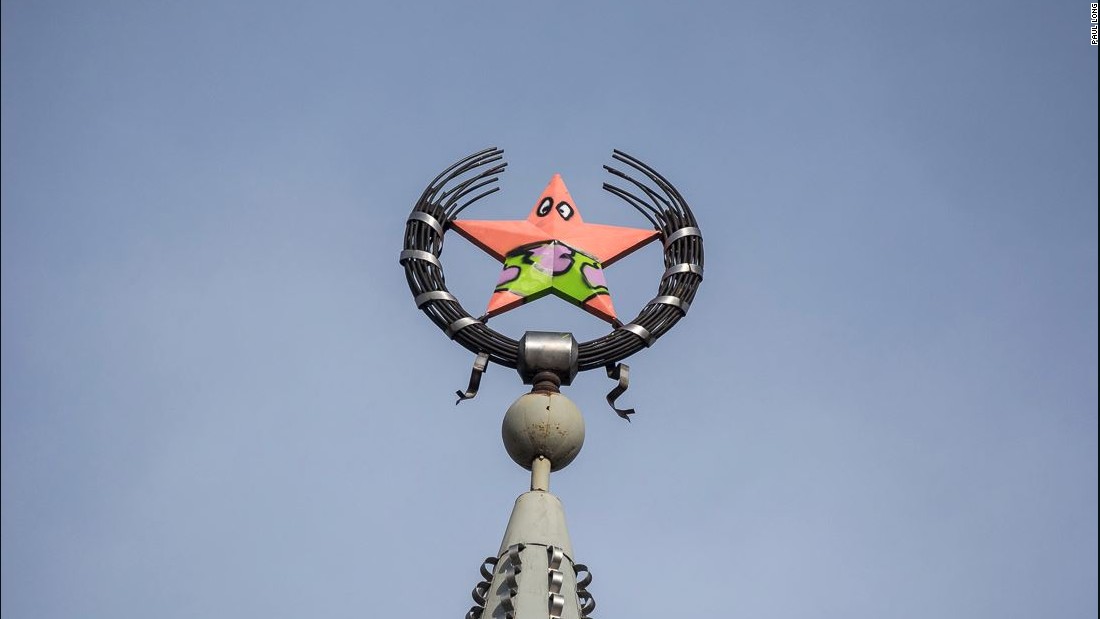 (CNN)President-elect Donald Trump isn’t the only American star Russians are interested in. At least some Russians also seem to be smitten with another kind of US star, a pink cartoon one that lives under the sea.

Vandals in Russia defaced a Soviet star, a highly revered symbol of communism in the country, atop a building in a city center, painting it to look like Patrick, the cartoon starfish from the popular kids show “SpongeBob SquarePants.”
The vandalized star in the southeastern town of Voronezh has garnered worldwide attention, “but the townspeople are divided in opinion. Many consider it vandalism, some a manifestation of contemporary art,” local photographer Paul Long said.

Although the World War II era building is not a memorial, it once served as a repository for military supplies and is heavily adorned with Soviet symbols. Local police believe the star was vandalized on October 25. They launched an investigation Friday in search of a culprit with a penchant for heights.
According to Voronezh Department of Internal Affairs representative Natalia Kulikova, it would cost the city 100,000 rubles (about $1,500 US dollars) to restore the Soviet star, but the city wants to identify who pulled the stunt and have them foot the bill. So, authorities plan to wait out the current cold and windy weather before they fix the defacement.