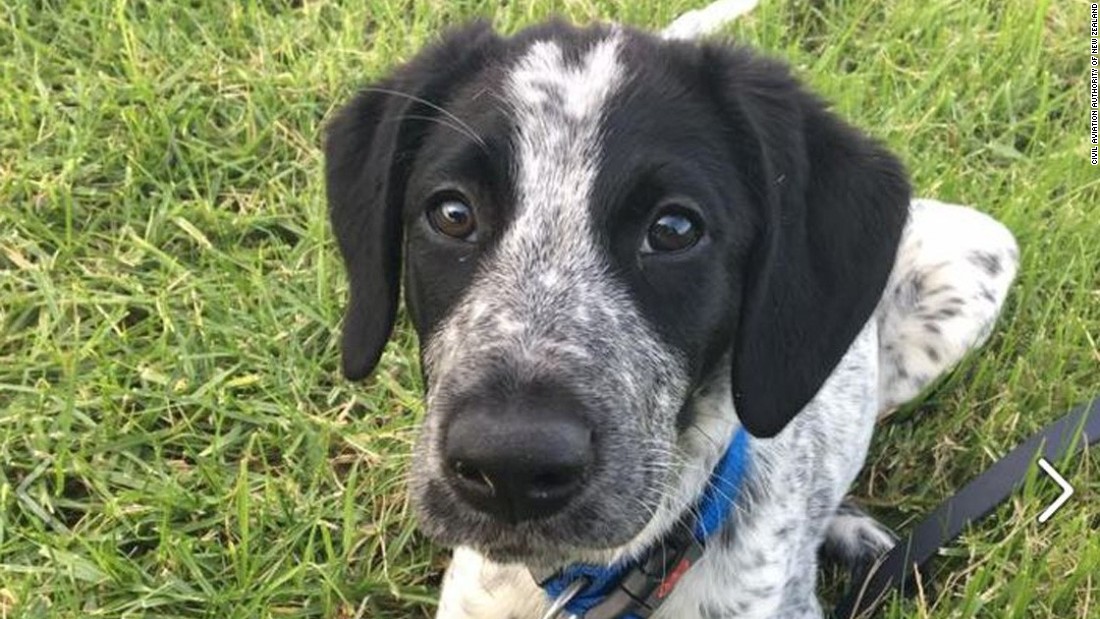 Ten-month-old bearded collie cross Grizz was training to be an Aviation Security Explosion Detector when he escaped handlers who spent hours trying to coax him away from the runway.
Sixteen flights were delayed before airport staff told police to shoot him — Grizz was just six months from graduation.
SAFE for Animals Ambassador Hans Kriek condemned the killing, asking why the animal wasn’t tranquilized, but a spokesman for the Civil Aviation Authority (CAA) said he “didn’t believe” that had been an option.
Auckland Airport originally announced on their official Twitter they had captured the dog, before revealing an hour later that he had been killed.
Grizz escaped from his handler at around 4.30 a.m. local time and ran out onto the tarmac at Auckland Airport, according to the CAA spokesman.
“He was on an initial airport environment socialization program as part of his training … The airport Emergency Operations Center was activated and a full search was commenced,” he said in a statement.
But the spokesman said it was too dark and the area too large to quickly find and contain the puppy.
“We tried everything, food, toys, other dogs, but nothing would work … In these difficult circumstances the Airport’s Emergency Operations Center team decided to have the dog destroyed,” he said.
The spokesman said there would be a review into the incident.
The phrase “Auckland Airport” was trending on New Zealand Twitter on Friday, with many users venting their fury at the airport’s authorities.
“Embarrassed to be a kiwi today,” one poster wrote. “Killing a dog so flights can continue (at) Auckland Airport. No excuse! Disgusting.”
Kriek said he believed it was the wrong decision to shoot Grizz, saying given staff were chasing Grizz for three hours there was time to get a tranquilizer gun.
“Ultimately they have to call the police in to shoot the dog, and the police have access to tranquilizer guns, and there’s also a zoo nearby that would have one as well. So we don’t understand why they didn’t do that,” he said.
The Authority spokesman said the question of a tranquilizer gun would be reviewed.