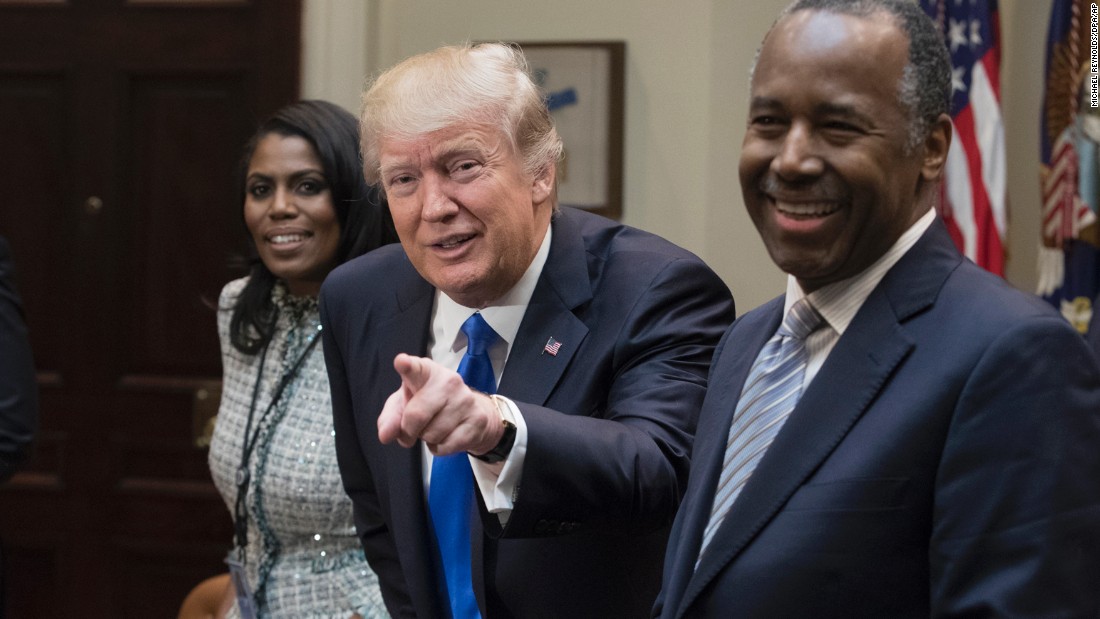 President Donald Trump’s travel ban had been in effect for less than 24 hours when, 10 days ago, he offered a smiling review from the Oval Office.
“You see it at the airports,” Trump said, “you see it all over.”
Indeed, millions of Americans with access to television and internet, and the thousands protesters at international arrivals terminals around the country, were bearing witness to the effects of his executive order.
But what they saw was something much different from what Trump described in his off-the-cuff remarks. The airports were gripped by chaos. Visa holders, including legal permanent residents, were being denied entry into the US, turned back or detained by Customs clerks, as families and lawyers argued for their release. The legal fight over the order — now temporarily stayed — seems destined for the Supreme Court. 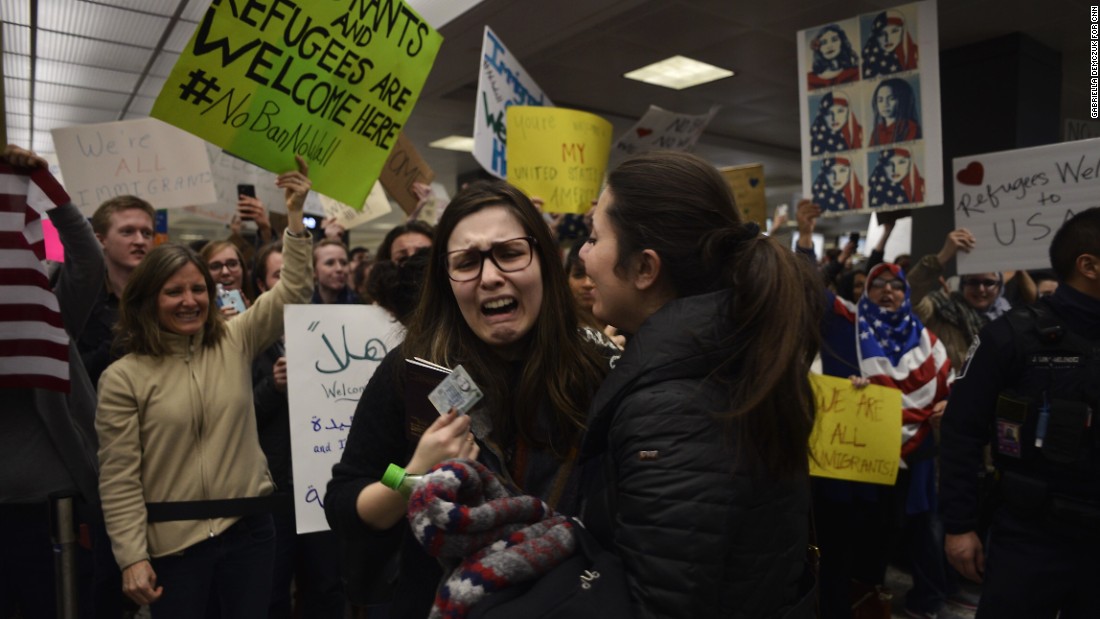 More than two weeks into his presidency, Trump and top White House aides seem to be operating in an alternate universe — where the world media is ignoring global terror as a means of advancing shadowy political interests and opponents of the President’s sweeping travel ban are either traitors or mercenaries.
Even the most widely available statistics, when they contradict the administration’s narrative, are cast as subjective or false measures. On Tuesday, Trump claimed — falsely — that the US murder rate is at its highest in “45-47 years.”
“(Trump) said the press doesn’t tell you that, doesn’t like to report that — the press doesn’t like to tell it like it is,” said CNN senior media correspondent Brian Stelter. “In fact, the murder rate is not at a 45 year high. It has ticked up slightly in the last couple years, that’s cause for concern, but the murder rate is much lower than it was, for example, in the 70s, 80s or 90s.”

In a tweet on Monday, Trump offered his worldview in stark terms.
“Any negative polls are fake news, just like the CNN, ABC, NBC polls in the election,” he said. “Sorry, people want border security and extreme vetting.”
Putting aside that pre-election national polling turned out to be an accurate preview of the popular vote results, Trump in his tweet is not simply arguing against or spinning a particular survey. Instead, he is openly asserting that any empirically derived suggestion that his policies might be unpopular — or not enjoying broad support — are by definition misleading or false.
Trump runs hot and cold with the polls. In that way, he is not unlike other politicians, who lift up the numbers they like and downplay the figures they don’t. But the new White House has broken from the usual spin cycle by promoting — sometimes repeatedly — a series of jarring, and easily disproved falsehoods.
In the reality described by Trump, a federal judge who ruled to halt the administration’s travel ban would, along with the entire “court system,” be responsible for a potential terrorist attack.
The dynamic in the White House mimics Trump’s personality, one former campaign official told CNN. He is someone who can lose interest quickly and turn to the next issue without much thought.
It’s most apparent on Twitter, where the President will bounce between a variety of often unconnected agenda items and personal grudges.
Over 24 minutes on Friday morning, he mocked Arnold Schwarzenegger; rattled off an attack on the Iranian government; claimed that “the FAKE NEWS media” had lied about the nature of his testy conversation with the Australian prime minister; touted a morning meeting with the country’s “biggest business leaders”; and accused demonstrators of being “professional anarchists, thugs and paid protesters.”

Speaking on Monday, Trump built on this construction, placing the press in cahoots with the judiciary — another willful enabler of global terrorism.
“You’ve seen what happened in Paris and Nice,” Trump said during a visit to US Central Command headquarters in Tampa. “All over Europe, it’s happening. It’s gotten to a point where it’s not even being reported, and in many cases, the very, very dishonest press doesn’t want to report it. They have their reasons, and you understand that.” 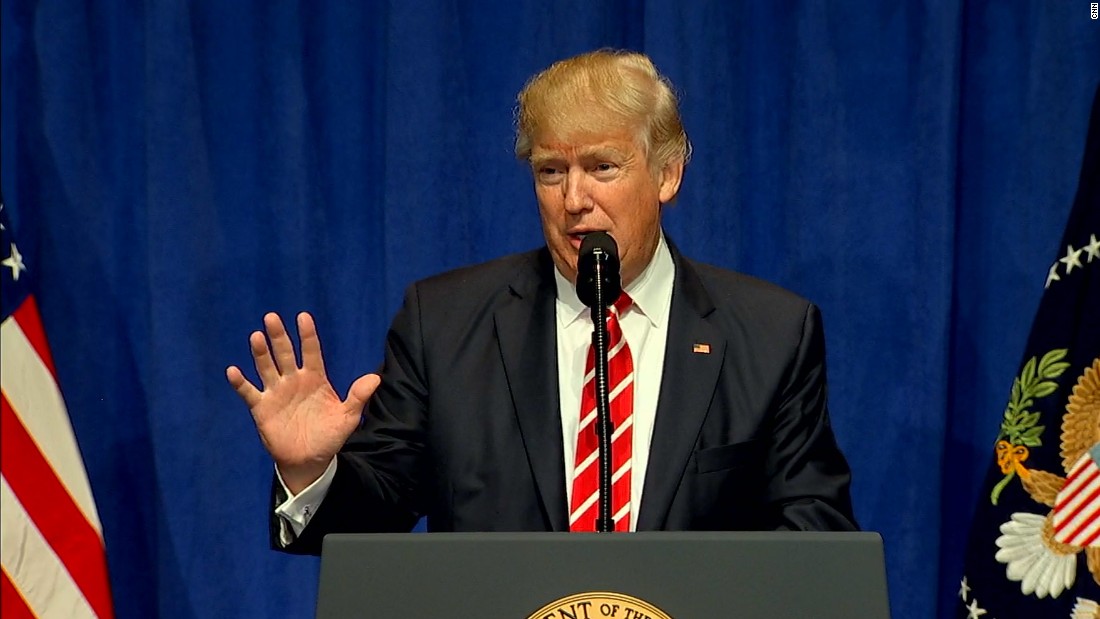 Those reasons — whatever the President thinks they may be — remained unspoken.
What “you understand” could be anything, though the clear implication was that a monolithic media dedicated to repelling Trump, and thwarting the popular will, had launched a campaign to hide reality and cover-up for terrorists. For fans of the conspiracy theorist radio host Alex Jones and his Infowars, the fundamental argument was familiar.
Pressed to provide material proof of his claims, the White House released on Monday evening a list of 78 attacks it said “did not receive adequate attention from Western media sources.” Among the incidents listed were the killings in Orlando and San Bernardino, California — two bloody domestic attacks that received wall-to-wall coverage online, on television and in newspapers and magazines for days on end.
CNN national security analyst Peter Bergen — whose reporting is a staple of the network’s terror coverage — did a more comprehensive review. Searching a database called Nexis that collects news reports from a wide range of sources and mediums, he found more than 78,000 mentions in total, in excess of 1,000 per listed attack. (And that number was likely on the low end, as Nexis yields no more than 3,000 hits per search.)

Over the past week, top Trump aide Kellyanne Conway has also muddied the waters in what increasingly appears to be a concerted effort to stoke anxiety over the presence and entrance of refugees into the US.
In an interview that aired last Thursday night on MSNBC, she invoked the role of two Iraqi refugees in masterminding the “Bowling Green Massacre.” Her description of the deadly attack — which did not occur — was quickly called out by reporters, fact-checkers and confused viewers. Conway offered an apology of sorts the next day, tweeting that she had misspoken and meant to say “Bowling Green terrorists.”
But by Monday, it had become clear that Conway’s remark was not a one-off mistake. A reporter from Cosmopolitan said the President’s trusted aide had referenced a “Bowling Green massacre” during a telephone interview a week earlier. Speaking to TMZ on the same day, she mentioned “the masterminds behind the Bowling Green attack on our brave soldiers.”
Conway had not cut the story from whole cloth, but her framing was consistently misleading. In the actual case, two refugees living in Bowling Green, Kentucky, were arrested in 2011 and eventually convicted on charges they had sought to provide weapons and money from the US to al Qaeda fighters in Iraq. American troops — not civilians — were their targets.
The “Bowling Green” yarn was delivered in the midst of a pitched debate over Trump’s travel ban and suspension of the US refugee program. Days earlier, the White House — acting within their rights — had fired Acting Attorney General Sally Yates, a holdover from the Obama administration after she instructed federal attorneys not to defend the executive order in court.

In sacking Yates, though, Trump’s White House also sought to present her as disloyal to the government and her employers. The official statement announcing the dismissal said Yates “betrayed the Department of Justice” and accused her of being “weak on borders and very weak on illegal immigration.”
The attack fit into a consistent narrative of undermining or seeking to delegitimize political opponents or groups operating outside the administration’s narrative framework.
White House press secretary Sean Spicer kept up the drumbeat on Monday, telling Fox News that nationwide protests against Trump and the travel ban were being organized and subsidized by some unnamed benefactor.
“Protesting has become a profession now,” he said, without proof. “They have every right to do that, don’t get me wrong, but I think that we need to call that what it is: it’s not these organic uprisings that we’ve seen through the past several decades.”
He offered no evidence and there would have been little time for protesters to plot the demonstrations; Trump’s executive order was, according to the President’s own tweet, purposefully delivered as a surprise.
“If the ban were announced with a one week notice,” he wrote, “the ‘bad’ would rush into our country during that week.”
With a grassroots protest movement dismissed, the nation’s highest ranking law enforcement officer’s loyalty questioned and the media accused of conspiring to cover up terror attacks, the Trump administration’s reality is on a collision course with a divided nation.