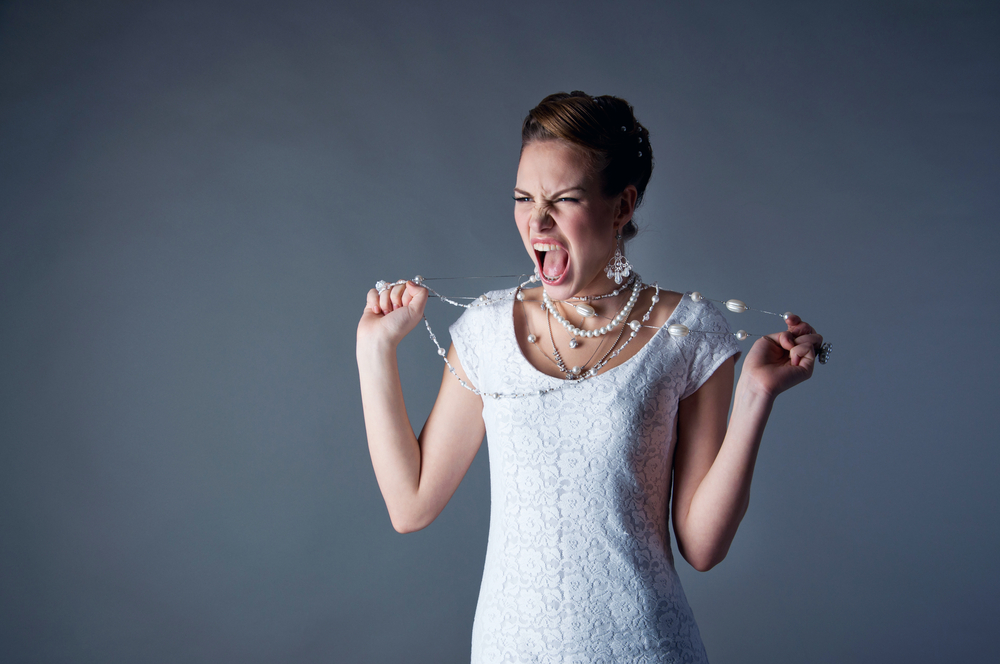 So I’m about to get engaged (ring is on order, and we set a date) and since we want to get married summer of next year and that’s fucking close, my boyfriend/almost fianc encouraged me to go dress shopping over Thanksgiving break. I went shopping with my two most sane sisters (the other one is kinda a weird grovelling dad worshipper, like I love my dad but she just never questions him, Idk she’s fucking weird sometimes). Anyways, we find The Dress and it’s perfect, like, not super expensive and beautiful. Literally these were the only two requirements my dad gave me beforehand, and let’s be real I could have gotten whatever the fuck I wanted and he’s just lucky it was under 10k. So we call him and send him a picture and. He. Fucking. Refuses. Like, he says he wanted a white dress (it’s white crochet over a nude silk) and it’s like, who fucking cares what you want? If you want an all-white dress, you fucking wear it.

So boyfriend gets pissed when he hears about this and decides he wants to buy it for me. My dad loses his shit and tells me I’m mean and ungrateful to not wear something we both like. I told him he can spend his money on the rest of the wedding and he should be thankful I have a man who gets me what I want.

Then the rest of my (psycho) family got involved and are either high fiving me or calling me a worthless shit for not listening to my father. It’s like, is this the fifties? Honestly this is why I live at least three hundred miles away from all of my family, these people have too many feelings.

I guess what I’m asking is, is it out of line to get the dress? And also is eloping like, a terrible idea? I just don’t want the rest of my wedding planning to be people pleasing, but maybe that’s me being a bridezilla. If I’m asking if I’m a bridezilla, does that mean I am a bridezilla?

Fuck this, I’m taking a xanax,

I highly recommend a xanax to solve all your problems, so props on that. K so I’m highly conflicted answering this email. On the one hand, I’ve watched enoughto understand the dynamic of Dad hemming and hawing over a dress he doesn’t like, but in like 9/10 of those episodes he ends up folding when he realizes it’s The Dress his little princess really wants. So like, the fact that your dad didn’t just take the L and pony up the money is a little weird to me, but then again I’m not in your family. Also your dad calling you “mean” is like, 3 much. That’s extra. You can tell him I said that.

THEN AGAIN, you let slip some entitled little tidbits such as, To the untrained eye, these things seem harmless but (un)fortunately for you, I’m a pro at this, and I don’t let anybody get away with anything.

AND THEN THERE’S THIS:

Yikes. The entitlement is strong with this one.The thing about having your parent(s) pay for your wedding is that they (rightfully) are under no obligation to spend their money on shit they don’t agree with or want because it’s THEIR money. If you want daddy to hand over his checkbook, you’re (probably) going to have to cater to (some of) his wishes and not be a spoiled brat about it. Yeah it’s your day, but he’s bankrolling itand when you think about it, wanting his daughter to wear an all-white dress isn’t THAT insane. Be grateful. Damn.

As a completely objective third party with absolutely no personal interest in the matter, I would just get the dress if it means that much to you and you don’t see yourself changing your mind about this. (As an aside, does it come in all-white? If so, problem solved.) It really all depends on if this is the hill you want to die on, though. Do you REALLY want to damage your relationships (maybe permanently), especially if you choose the nuclear option and elope? If your family has a history of sucking and this is the last straw, then sure, I guess you could use DressGate as your excuse to cut contact forever… just be prepared to pay for your own wedding. Ugh, this is too much responsibility for me rn. Now I need a xanax.

Like they say, there are two sides to every story, and then there’s the truth. But congrats on your engagement!!

I’ll Be Bringing A Plus-One,