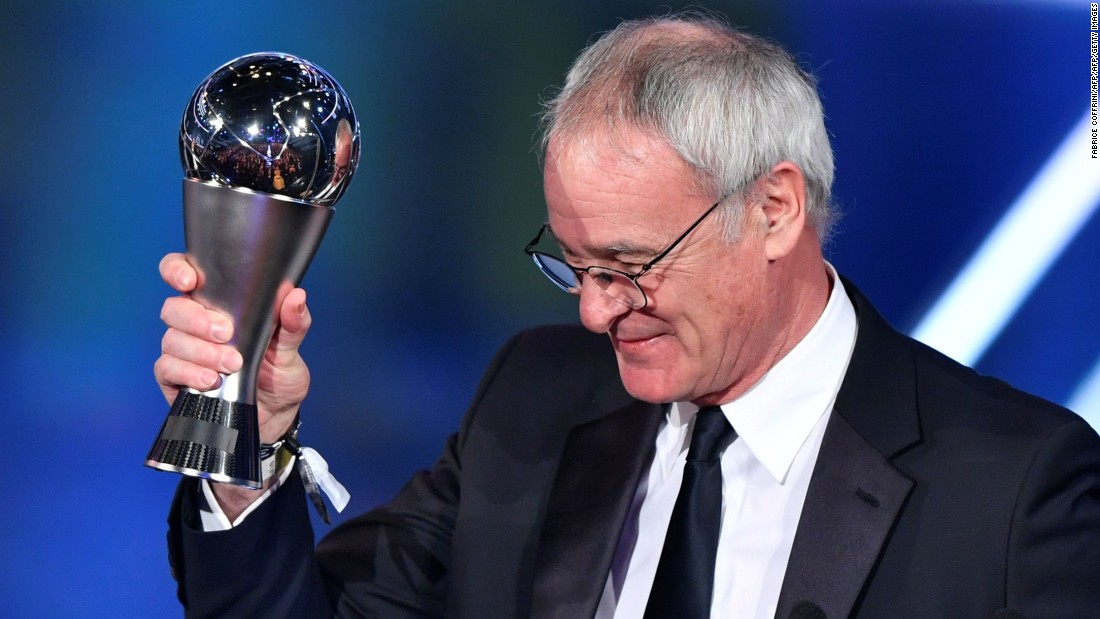 Ranieri, who became the team’s manager in July 2015, steered the club to one of the most unlikely success stories in sports history. The team won the league title after starting the season with 5,000-to-1 odds to do so.
“Domestic results in the current campaign have placed the club’s Premier League status under threat and the Board reluctantly feels that a change of leadership, while admittedly painful, is necessary in the Club’s greatest interest,” the club said in a statement.
Ranieri was awarded The Best FIFA Men’s Coach award last month for leading the Foxes to the title.

“This has been the most difficult decision we have had to make in nearly seven years since (Thailand-based) King Power took ownership of Leicester City,” the club’s vice chairman, Aiyawatt Srivaddhanaprabha, said.
“But we are duty-bound to put the Club’s long-term interests above all sense of personal sentiment, no matter how strong that might be.”
The Foxes’ Cinderella story hasn’t carried over into this season. Right now, the team is only a point away from the drop zone, which would see the club relegated to a lower league next season.
It would be the first time a defending champion dropped out of England’s top league since Manchester City 79 years ago.
Ranieri’s sacking sent reverberations through the football world, drawing strong condemnation across the board from fans to rival managers.
A tribute to Ranieri posted to Instagram by Manchester United manager Jose Mourinho had more than 100,000 likes in three hours.
“CHAMPION OF ENGLAND and FIFA MANAGER OF THE YEAR sacked… keep smiling AMICO. Nobody can delete the history you wrote,” the post read.

CHAMPION OF ENGLAND and FIFA MANAGER of THE YEAR.sacked. Thats the new football claudio.keep smiling AMICO.nobody can delete the history you wrote.

Ex-Manchester United and England defender turned TV pundit Rio Ferdinand expressed shock, while former Liverpool and Real Madrid striker Michael Owen called it a “total and utter disgrace.”
“I’ve lost a lot of love for the beautiful game today. The players and fans of Leicester have been massively let down,” Owen tweeted.
Gary Lineker, a former England national team captain and Leicester’s most prominent ex-player, called the move “inexplicable, unforgivable and gut-wrenchingly sad.”
Leicester City said its board will now start looking for a replacement and will make no further comment until that process is complete.