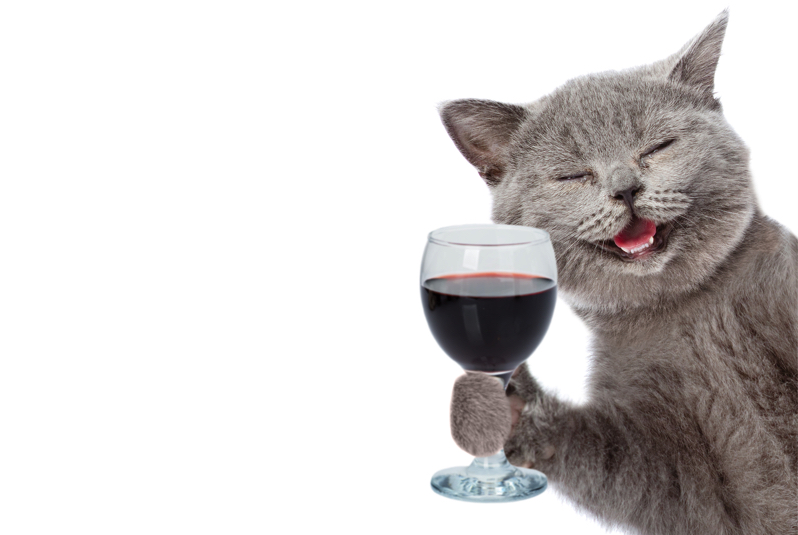 In news were still fucking shocked we missed, a cat had a three-day hangover, and Ive never been so sure I have a spirit animal in my life.

Heres the setup. Its a warm day in Germany, and local Turkish Angora cat, Aljosha, decides to do some cat shit and wander around his quaint German home.

According to the owner, Claudia, Aljosha usually did his own shit all day eeryday, but always came home for food and snugglesmuch like me. However, on this particular day, Aljosha was nowhere to be found. When he was gone the next day, too, Claudia began to worry.

She handed out flyers with the cats photo, annoying pressing neighbors, friends, strangers, and tourists for info. But alas, days passedno Aljosha. Claudia was presumably upset and probably starting knitting RIP ALJOSHA sweaters, hats, and glovesyou know, in lil cat sizes, since I assume Claudia had more than one cat. Just extrapolating based on evidence here.

Then, suddenly, one day SEVEN FUCKING WEEKS LATER, the cat fucking showed up. So where the fuck was this pussy? Judging from the cats staggering and blackout condition, Claudiawho immediately rushed the cat to the vetbegan to put two and two together.

APPARENTLY, this motherfucker found his way to a wine cellar near his house. Somehow, he became trapped in the cellar and instead of meowing for help or singing the Meow Mix commercial to draw attention to himself, the cat decided to smash and lick up the contents of three bottles of wine. Expensive bottles, too.

Obviously, three bottles of wine for an average 10-pound cat is kind of a lot. So, Aljosha recouped at the vet for three days, where he was diagnosed with alcohol poisoning. He had a drip and lots of time to recover, so we assume he ate pizza and chugged Gatorade while planning his next fucking outing.