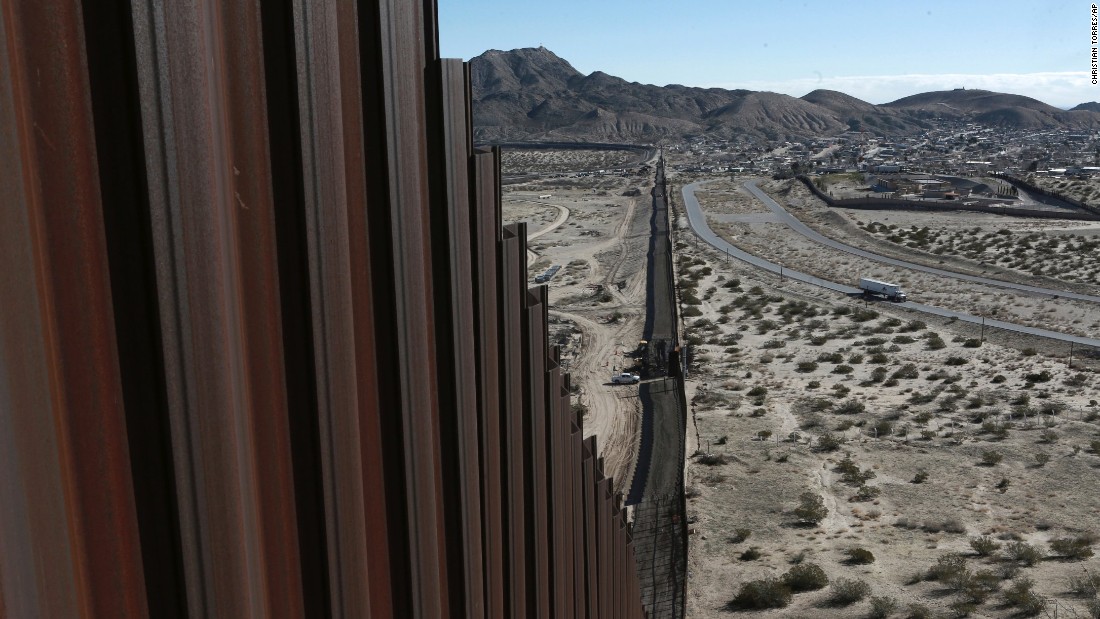 (CNN)Happy Friday. THIS was one heck of a week in politics. So let’s look forward to fun stuff this weekend, like Venus and Serena duking it out in Australia. Now, let’s Get Up to Speed and Out the Door.

We now know how President Trump plans on paying for that southern border wall — with a 20% tax on Mexican imports. But that idea didn’t go over very well with Democrats (or Republicans). So, the White House backtracked, saying that’s just part of a “buffet” of options. The wall’s estimated to cost between $15-$20 billion. And yes, a 20% tax would do it. (The US imported $303 billion from Mexico in 2015, and 20% of that is about $60 billion.) But the folks who would really pay for the wall would be … Americans. About 6 million American jobs depend on trade with Mexico. Restrict trade, jeopardize jobs. Also, a tax hike would mean we’d pay more for everything from cars to computers to avocados to Tequila. Yes, tequila.

‘Tis the season for big marches. After the super-sized Women’s March last weekend, the annual March for Life is expected to be bigger than normal today. And it’s picked up a high-profile attendee. Vice President Mike Pence will give a speech, the first time the nation’s veep has done that in the anti-abortion march’s 40-year history. With all the heat surrounding this always-emotional issue, you’d think abortions were at an all-time high, but it’s actually the opposite. And a lot of the perceptions we have of just who’s having abortions is skewed too.

So, this is happening. President Trump’s going to sign an executive order either today or tomorrow to look into voter fraud. Some of his fellow Republicans are sitting this one out, with the head of the House Oversight Committee saying he just doesn’t “see any evidence” of widespread voter fraud in the last presidential election. That’s because there is no evidence that three to five million people voted illegally, like Trump claims. So where did the President get this idea? Apparently on the golf course from a friend.

Gambia’s new president finally took office, a week after he was inaugurated — in another country. Hey, it’s hard to have a peaceful transfer of power when the other guy won’t leave. President Adama Barrow found himself in that position when former President Yahya Jammeh, who ruled the country for decades, just flat out refused to go. So Barrow cooled his heels next door in Senegal, as troops were sent in to help persuade Jammeh to hit the road.

For the first time, scientists have been able to grow human cells inside animal cells. An international team of researchers created what’s known as a chimera – an organism that contains cells from two different species. In this case, human cells and tissues were grown in pig and cattle embryos. This is a big deal because, in the US alone, 22 people on the organ transplant list die every day as they wait. If science can custom grow them, it can save more lives. But that’s a long way from happening. As one of the scientists said: “To try to imitate nature is not that easy.”

People are talking about these. Read up. Join in.
He tweeted it first
Yes, Donald Trump is a master at Twitter, but he’s not the world’s first tweeter-in-chief. That title goes to Venezuela’s late President Hugo Chavez.
Sign of the times
Two new “Make America Great Again” billboards are up in Florida, but who sponsored them is a surprise.
Super Monday?
Hate working the day after the Super Bowl? You have an ally in Kraft Heinz. The food giant wants to the day after the big game to be a national holiday.
March right out of here
Want to knit one of those pink hats from the women’s march? Don’t go to Elizabeth Poe’s shop to get yarn. She found the whole march ‘vile.’
Cash till
What would you do with an extra $9.5 million? The feds say an embezzling cashier bought herself a nice collection of homes, cars, boats and jewelry.

QUOTE OF THE DAY

“No.”
Our own Jake Tapper, responding to White House strategist Steve Bannon, who called the media the opposition party that should “keep its mouth shut.”

NUMBER OF THE DAY

$1 billion
How much Google lost last quarter with its “moonshot” projects, like self-driving cars. By the way, the cost to go to the actual moon would be about $104 billion. We Googled that.