Studies show that these days most of us “normies” really wish we were famous. But despite all the wannabe Kardashians out there trying to Instagram their way to our love and devotion, amazingly there have been people, even those who worked in show business or other high-profile jobs, who ran the gauntlet from grudgingly accepting some accidental notoriety to absolutely hating the idea of fame and actively avoiding it. Here are some people whose names you can forget.

Before we get to Neil Armstrong, let’s talk about Buzz Aldrin for a minute. He was the second guy on the moon, and when he came back he started living the rock star life you would expect. “I touched the moon, wanna touch me?” is a hell of a pickup line. He began having affairs and drinking nonstop. He produced a computer game back when they were actually rare and has played himself on shows like The Simpsons, Futurama, The Big Bang Theory, 30 Rock, and in the film Transformers: Dark Of The Moon, just to name a few. He appeared as a contestant on Dancing With The Stars and got a face-lift, like any good celebrity with a “trophy wife” (his words). He even released a single with Snoop Dogg that you must experience to believe.

So you would think that Neil Armstrong, having been the FIRST guy on the moon, the one who got to say some of the most famous words in history, would have come home and spent most of his time naked on an island while nubile young women fed him chunks of that dehydrated ice cream. Instead, he basically treated his literally death-defying adventure as little more than a business trip. He was a pilot and an astronaut, so to him flying to the moon and back was just part of his job. Once he retired in 1971, he actively tried to become a normal person again, to the point that some people even considered him reclusive. 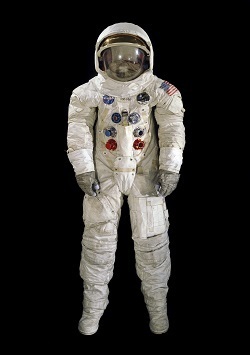 He went to some pretty extreme lengths not to be recognized.

While that was going a bit far, he certainly didn’t want the limelight that Aldrin was enjoying. When Armstrong became a professor in the aerospace department at the University Of Cincinnati, he was worried that the other teachers would see it as favoritism because he “only” had a master’s degree (and, you know, had been to the fucking moon). He sat on the boards of a few companies and headed up two NASA investigations. Instead of appearing on a million shows, he lent his voice to an educational video by the Jet Propulsion Lab. And while Aldrin was immortalized forever as the namesake for Toy Story‘s Buzz Lightyear, Armstrong sued Hallmark for putting his name on a commemorative ornament of the moon landing.

When he died in 2012, a main theme in his obituaries was how he just wanted to be left alone. That’s probably why he had his ashes scattered at sea, so you people would stop bothering him. Still, I can think of an even better place he could have sent them.

If the name Sia doesn’t immediately ring a bell, I promise some of her songs do. She is the artist behind 2014’s smash hit “Chandelier,” which went triple platinum in the U.S. The video, starring that kid from Dance Moms, is currently sitting at more than 1.3 billion views on YouTube.

Her video for “Elastic Heart” also stars the Dance Moms kid, along with Shia LaBeouf. You might remember that one because it came off as pretty creepy and borderline pedophilic. Regardless, the theme emerging should be that Sia does not star in her own videos. And that is just the way she wants it, considering she never wanted you to know who she was in the first place.

Unfortunately, Sia lost her chance at anonymity back in 2011. She had been writing hit songs for other people for 17 years when she composed the song “Titanium” for DJ David Guetta and Alicia Keys. When Keys passed, Mary J. Blige recorded it, but Guetta ended up taking her vocals off and putting Sia’s demo ones back on without telling her. She was pissed (no doubt Blige wasn’t thrilled either). It probably didn’t help that she was 35 and people in show business would have looked at her and screamed had they seen the shadow of a wrinkle or a gray hair. 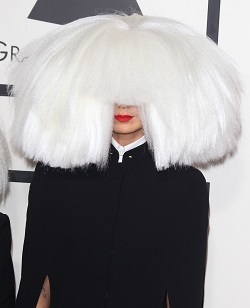 Hollywood finds this more acceptable than a reminder of their own mortality.

Now that’s she’s famous Sia will go to ridiculous lengths just to make sure fans don’t even see her face. If you go to one of her shows, instead of dancing around the stage like most pop stars do, there is a good chance she’ll spend the whole thing with her back to the audience. She prefers not to be photographed in general, but if she absolutely has to, like when she was on the cover of Billboard magazine, she will wear a bag over her head. When she attends awards shows she dons a huge wig that covers her face. While this might all seems like Lady Gaga-esque affectations, Sia really is doing it for the exact opposite, non-fame-whore reason. 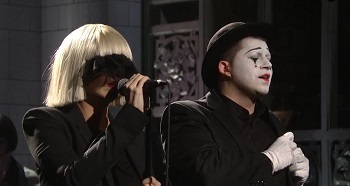 When the mime is the second-weirdest person on stage, that is saying something.

You know Bob Ross as the laid-back painter with the sick Afro-perm, star of his own show, The Joy Of Painting, which ran for 11 years and made a star of both him and his “happy little trees.” But Ross never wanted to be a famous artist.

We’ve told you before how he was actually a kick-ass soldier before he took up a brush, spending 20 years in the Air Force screaming at new recruits. Ross was stationed in Alaska with the military and bartending on the side to make ends meet when he saw a TV show called The Magic Of Oil Painting. It was hosted by a German artist named Bill Alexander. Ross tracked him down and asked him to teach him the technique he used, known as alla prima, or “wet-on-wet.” 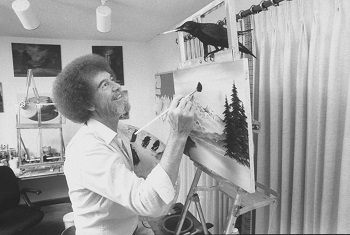 No word why this involved training a crow to hold your brush for you.

Soon Ross was making more money from his paintings than at his Air Force job, so he quit. But he knew the real money would be in teaching Alexander’s technique to other people. His show on PBS wasn’t meant to get his name out there as a painter and sell more of his art; it was to promote “wet-on-wet” and sell the Bob Ross brand of painting.

It worked. The man who started perming his hair just so he could save money on haircuts built a $15 million empire on the back of a public access show and a technique that painters had been using since the 15th century. But the soothing way he sells it to you on The Joy Of Painting (his voice was once compared to Demerol) doesn’t make you feel like you’re listening to a salesman. Sure, he was the nicest guy ever, telling you that with basic tools and half an hour and this free TV show you could totally be an artist. As long as you also bought his how-to books, his line of art supplies, and took courses with certified instructors teaching the Bob Ross method. And people, hypnotized by his melodious delivery, lined up to throw money at him.

Basically, the guy who literally bottle-fed baby animals on air was a Machiavellian genius. But hey, at least he made a lot of people really happy … except all the professional artists who completely resented his success and Bill Alexander, who hated him to the grave for “stealing” his technique.